Congratulations to two RCDS seniors who received awards from the Rye Youth Council at the Awards Breakfast on April 30.

Warren Kennedy-Nolle '19 received the Suzanne C. Murphy Memorial Scholarship Award: This award recognizes a senior who has courageously accepted personal challenges and used his/her inner strength to graciously move forward. The development of personal character has led the recipient to service of others. The recipient understands the art of listening and recognized and encourages that potential in others.

Ethan Zeplin '19 received the September 11th Memorial Award: This award was created in special memory of those victims of the world Trade Center tragedy who lived or attended school in Rye. It recognizes a student who has demonstrated a true commitment to community, an understanding of sacrifice, and has shown a dedication to making a difference in the lives of others. 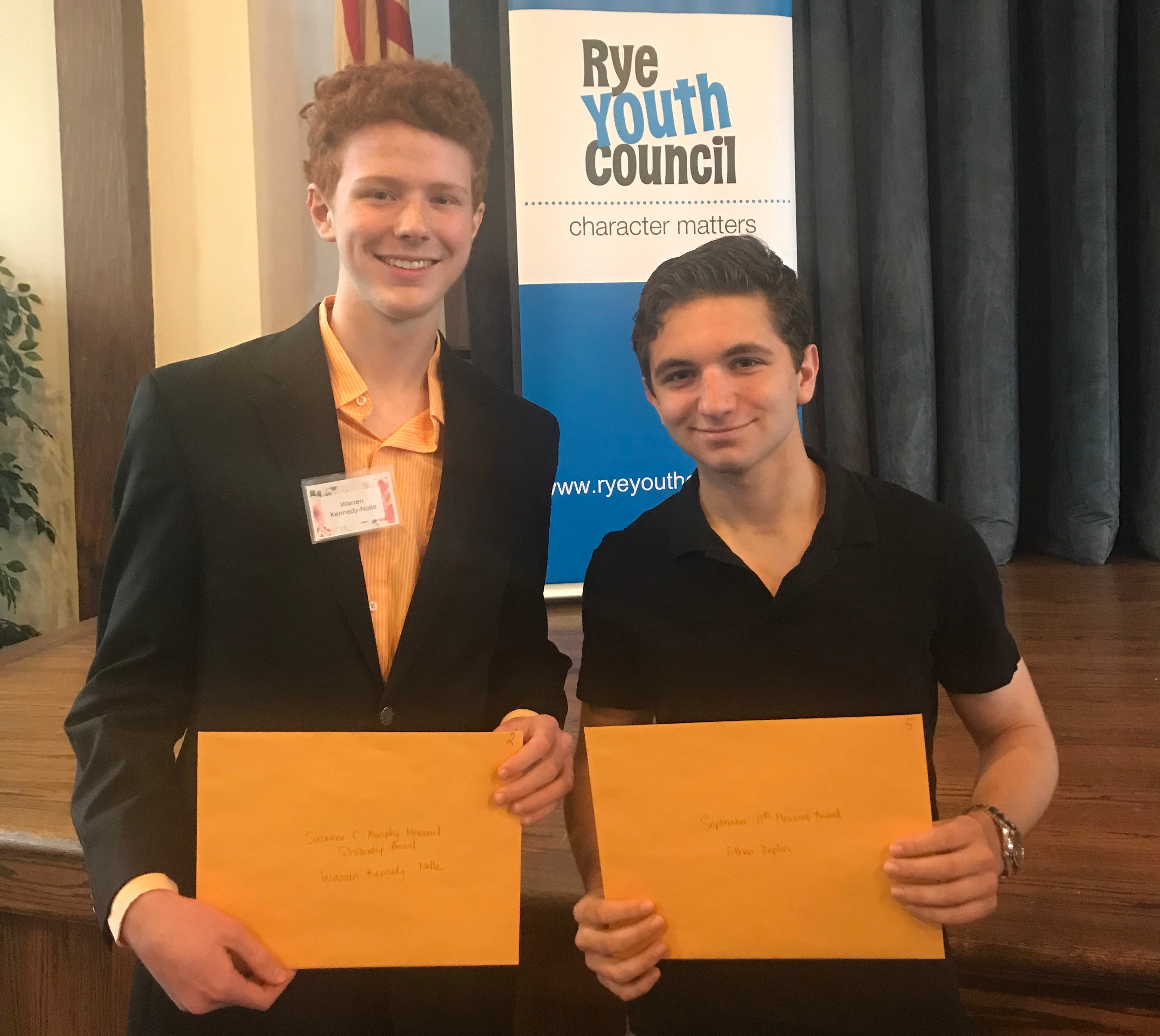