Congratulations to the Varsity Track & Field teams on their outstanding results at the 2019 FAA Championships! The boys finished in 1st place and the girls finished in 2nd!

On April 30 and May 1, the Wildcats competed in the first Fairchester Athletic Association Track & Field Championships. The boys were victorious with an outstanding score of 207 points, 75 points ahead of Brunswick, which came in second. The Wildcats had seven individual FAA champions and won both sprint relays. Cameron Coleman was the victor of the shot put, while finishing in 5th in the 100 meter dash, running a leg of the new record-setting 4x100 relay. All three members of that relay were also individual champions. Julian Martelly was the winner in the 400 meter dash, second in the 200 meter dash, and anchored the winning 4x400 meter relay, as well. Cullen Coleman was the 100 and 200 meter champion. Greyson Humphrey won the 110 meter high hurdles and the 300 meter hurdles, while also finishing 4th in the triple jump. Aaron Serianni outkicked the field to become the 800 meter champion. The 4x400 meter relay team, consisting of Julian Martelly, Robbie Fox, Ben Pearce, and Devan Phelan, ran away from the competition to put a stamp on the championship meet. Nick Tallis finished second in both the high jump, and javelin, where he threw a personal record of 142'2". Franklin Hong finished in 2nd and 3rd in the shot put and discus throw, respectively. Dylan Lynch-Quinones heaved a personal best throw in the discus to finish in 2nd place. Allan Houston finished in 3rd place in the triple jump and also 4th place in the high jump. Gideon Prempeh had a great two days with a 2nd and 3rd place finish in the triple jump and 110 meter high hurdles, respectively. Jack Merrill finished in 3rd place in the javelin with a monster throw for a freshman of 122 feet. Lastly, Laszlo Kopits got points for the team in both the 1500 and 300 meter races. 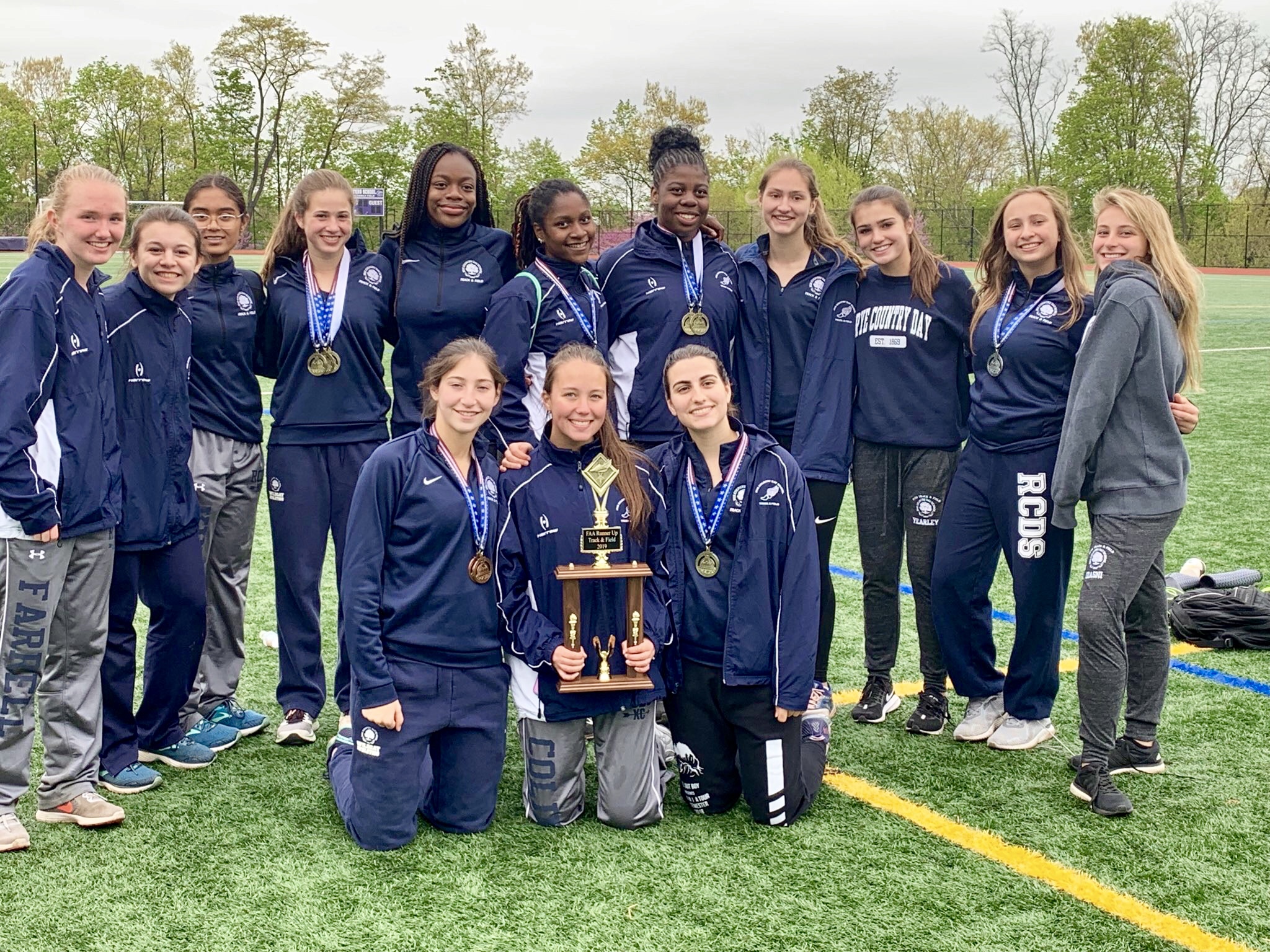