Four RCDS seniors were nominated for the Rye Human Rights Commission's John Carey Award for Human Rights, which recognizes those who work to create an inclusive community spirit through endeavors that reflect the principles of human rights and the value of diversity in the local community. The RCDS nominees, Christopher Connor, Peggy Helman, Chidera Olewuenyi (who also received an Honorable Mention), and Sadie Silverman Guffey, are outstanding students who have demonstrated a deep commitment to public purpose, diversity and inclusion, and human rights. Peggy, Christopher, and Chidera were 2019 E. E. Ford Fellows whose community partnership projects included researching the levels of lead in the pipes of Westchester County and New York for the New York League of Conservation Voters; supporting the work and expanding programming at The Thomas H. Slater Center in White Plains through Backyard Sports; and leading a dance camp for youth at the Port Chester Carver Center respectively. In addition to being a Peer Leader and Co-President of the Jewish Culture Club on campus, Sadie, alongside Peggy, co-founded Students Having Open Conversations (SHOC) to encourage students to discuss current events and important issues at RCDS. Chidera and Christopher are also RCDS Peer Leaders, and Peggy is President of the Environmental Club. In the local community, these students have been actively dedicated to partnership and service in pursuit of the greater good. On campus, they are leaders in creating an inclusive, active, and engaged community of RCDS citizens who embody the School's motto, Not for Self, but for Service. 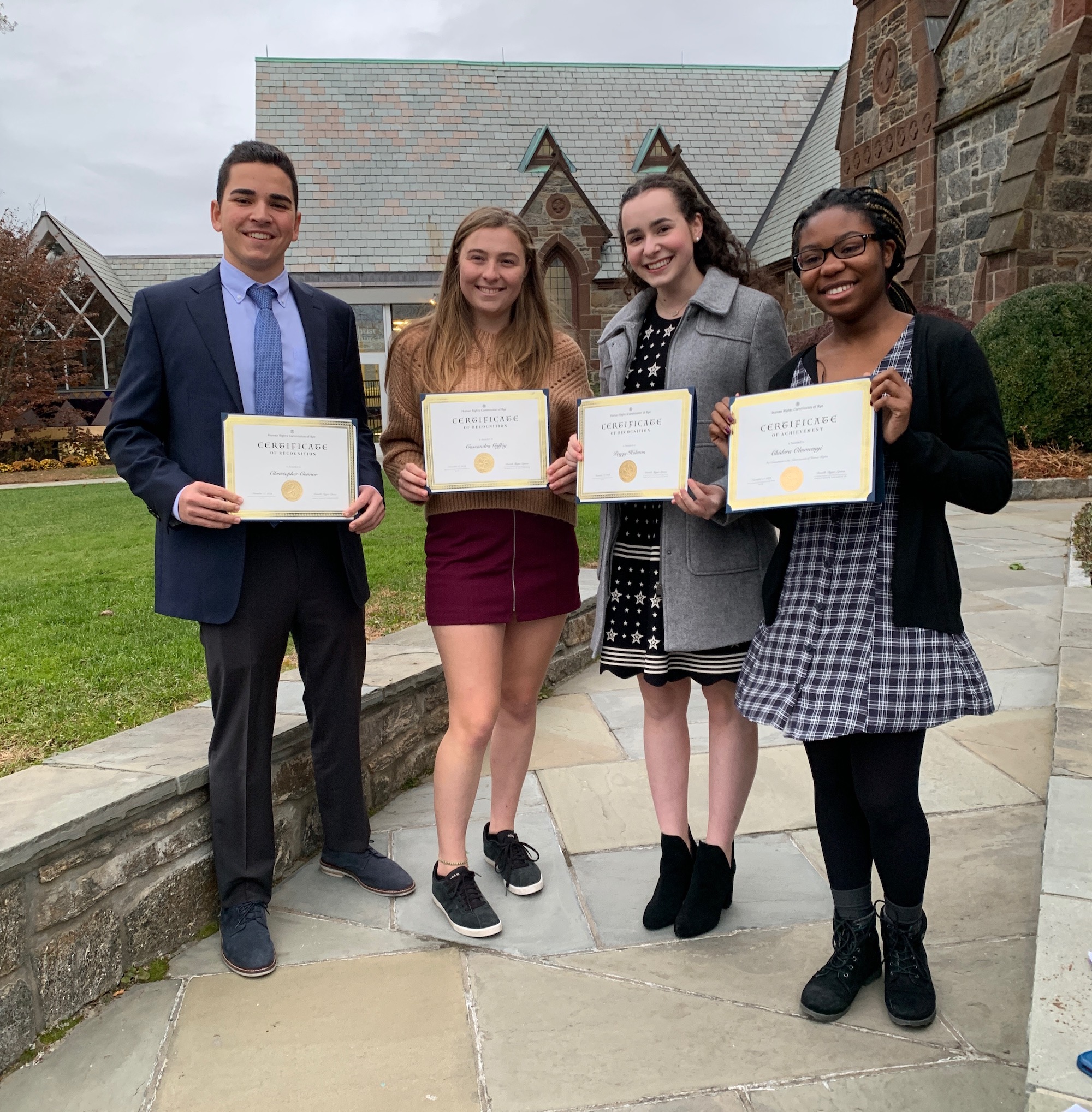