At this week's Morning Meeting, Upper School Principal Jon Leef read from a moving letter that was sent to the Class of 2003 before they graduated. The letter was from Mr. Leef and nine other chaperones who accompanied members of the class on their eleventh grade trip to Washington, DC on September 11, 2001. The letter, which hangs in Mr. Leef's office, thanks the students who participated in the trip for their courage and support of one another on that historic day. Encouraging current Upper School students to remember and reflect on the events of 9/11, Mr. Leef recalled those members of the Class of 2003, "If citizenship is character in action, I can assure you there was great citizenship from that group on that day." Today, 18 years later, we remember those who perished during the terrorist attacks of September 11, 2001, including the members of the RCDS community who were lost. 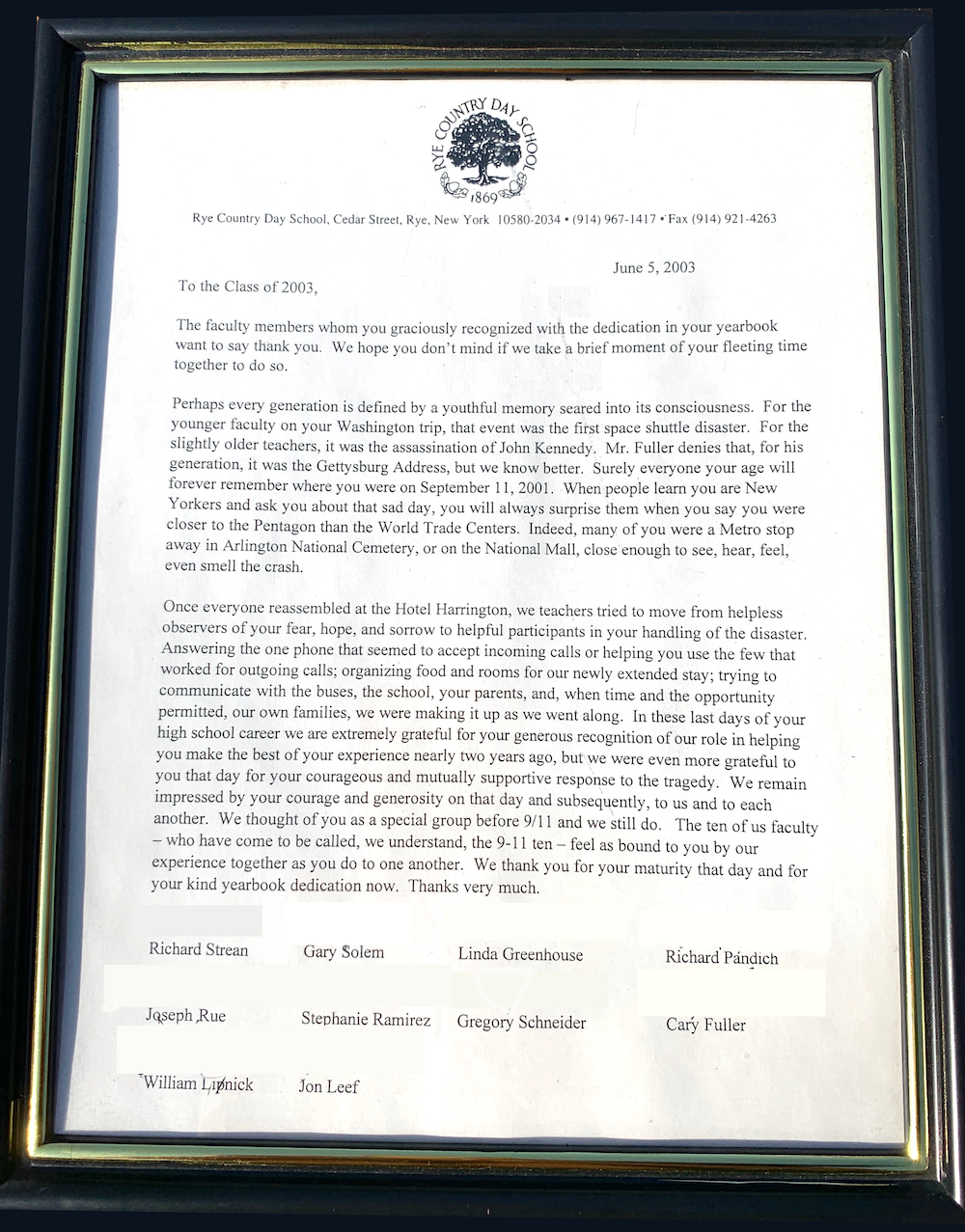