The study of Classics - Latin and Greek language and literature - remains one of the strongest foundations of a truly liberal education. Through the study of Latin and Greek, students keep alive a vital link with one of the major sources of contemporary American culture. The broad objective is to develop understanding of the cultural heritage of Greece and Rome and its influence on the modern world; the discipline of translation of Latin and Greek texts has the added benefit of clarifying thought and expression in English. Classics students gain a great advantage in the expansion of their vocabulary in English, since over 60% of English is derived from Latin and/or Greek; furthermore, since Latin and Greek are the primary sources of the Romance languages, Classics students gain great advantage toward the study of these modern tongues.

Instruction in Latin includes not only grammar and vocabulary, but also readings in Latin that provide opportunities for in-depth study of Roman and Greek history, society, culture, and mythology. At various points in their program of Latin study, students read texts written by the Roman authors Cicero, Caesar, Vergil, Catullus, Horace, Ovid, Augustus and others, along with relevant literary criticism. The Department offers an Advanced Placement course, which prepares students to take the AP Latin exam, as well as two years of post-AP, college-level Latin literature courses. Ancient Greek instruction focuses on Attic (Athenian) grammar and vocabulary, leading in the upper levels to the study of the prose of Lysias, Plato, and Herodotus, and the poetry of Homer.

All students wishing to take Latin or Greek next year are encouraged to discuss program options with a member of the Classics Department.

No approvals are required for regular-level Latin courses.

Honors and AP Latin course sign-ups are done with a student’s current Latin teacher, who will determine whether further conversation regarding placement for next year is necessary.

Students wishing to take Honors Intensive Latin will need approval from both the current language teacher and Ms. Flynn. Please keep in mind that students taking Honors Intensive language courses are expected to concurrently continue the sequence in their first foreign language, at least through level 4.

AP Latin: On average, students should expect to spend approximately 30-35 minutes preparing the Latin assigned for each class (an average assignment is approximately 25-30 lines long). At the beginning of the year and in January when we shift from reading Caesar to reading Vergil, more time may be required as students get used to the expectations, pace of the course, and a new author, but both the amount and type of daily work assigned remains consistent over the course of the school year.

(Ancient Greek is open to students in grades 10, 11, and 12. It is absent from this chart because it does not fulfill the RCDS language requirement.)

The two primary aims of the Elementary Latin course are for students to develop complete mastery of fundamental grammatical forms and a high degree of facility in reading Latin. Through discussion, consistent reinforcement, and application, students thoroughly learn grammatical principles, morphology (word-endings), and vocabulary necessary to read Latin passages about Roman life, culture, and history. By studying Latin vocabulary and by engaging daily with a language that requires great attention to details of all kinds, students learn a great deal about English words derived from Latin and undoubtedly strengthen their ability to write grammatically sound English. (1 unit; Grades 9, 10, 11, 12)

Because Latin is an intensely cumulative discipline, this course offers consistent practice and reinforcement of concepts previously studied. Students continue to acquire new grammatical forms and vocabulary, as well as to practice and review those from Latin 1. Students develop and refine their translation skills, and by year’s end are successfully reading passages of connected prose adapted from various Roman authors, such as Cicero and Caesar, with increased facility and speed. Throughout the course, students study topics of Roman and Greek culture and history relevant to the Latin readings. (1 unit; Grades 9, 10, 11, 12)

This course moves more quickly and covers more material than Latin 2. By year’s end, students have learned almost all of Latin grammar, and have begun to focus on reading unadapted passages of connected prose by a variety of Roman authors, such as Cicero, Caesar, and Livy. Through their readings of these texts, students learn about the history, culture, and politics of the Roman Republic. In Honors Latin 2, there is increasing emphasis on identification and proper translation of increasingly complex grammatical concepts. Students requiring regular assistance (once or more per week) from a tutor to maintain the minimum grade will be counseled to move to Latin 2. (1 unit; Grades 9, 10, 11, 12)

Honors Intensive Latin
This course is designed for the student who, having demonstrated mastery of the grammatical principles of one foreign language, has an interest in acquiring Latin at an accelerated pace (i.e., covering Latin 1 and 2 in one year). Grammatical forms and constructions are introduced in quick succession, with an emphasis on ever-increasing fluency and speed of reading. By the end of the course, students are able to read slightly adapted passages of Latin prose from authors like Caesar, Cicero, and Pliny. Students are expected to continue the sequence in their first foreign language concurrently with Honor Intensive Latin, at least through the fourth year. It is assumed that students in Honors Intensive Latin will demonstrate self-motivation and the ability to work independently; thus, students requiring regular assistance (once or more per week) from a tutor to maintain the minimum grade will be counseled to move to Latin 1. (1 unit; Grades 9-12, by permission. Prerequisite: superior achievement in Spanish, French, or Chinese.)

This course completes the acquisition of the remaining grammar skills not covered in Latin 2 and begins the reading of unadapted passages of Latin authors, prose and poetry. The beginning of the course is focused on the review of the grammar concepts learned in Latin 2 while reading passages about Greek and Latin mythology. Students continue to acquire new grammatical forms and vocabulary in order to develop and refine their translation skills. When grammar instruction is complete in the second semester, students shift their focus to connected Latin prose, with readings from Cicero and Cesar. (1 unit; Grades 10, 11, 12)

This course moves more quickly and covers more material than Latin 3. Students read more extensively from a variety of Roman authors in both prose and poetry, developing facility with advanced grammar and syntax while engaging in literary analysis through class discussions and critical essays. When grammar instruction is complete, students turn their focus to Latin poetry, with readings from Catullus, Horace, Ovid, and Vergil. This course prepares students for AP Latin. Students requiring regular assistance (once or more per week) from a tutor to maintain the minimum grade will be counseled to move to Latin 3. (1 unit; Grades 10, 11, 12, by permission)

AP Latin is designed for students who have successfully completed Honors Latin 3. Students read extensively from both the Bellum Gallicum, Julius Caesar’s account of his military campaigns in Gaul, and the Aeneid, Vergil’s founding epic for Rome. Students learn to read Latin prose and poetry with an eye toward precise and literal translation, historical context, and literary analysis. Students write essays (in English), in which they develop clear arguments that demonstrate comprehension and sophisticated literary analysis of the Latin text, always using the Latin itself for textual support. Analytical themes that run throughout the entire course include war and imperialism, comparative studies of religion and custom, and rhetorical strategy. Students taking the AP Latin course must take the AP Latin exam. Students requiring regular assistance (once or more per week) from a tutor to maintain the minimum grade will be counseled to move to Latin 4. (1 unit; Grades 11, 12, by permission)

This is a reading course with a rotating and flexible curriculum chosen each year by the teacher of the course. Recent topics and texts studied include Roman Daily Life (Petronius), Civil War (Julius Caesar), and Love and Desire (Catullus and Ovid). Extensive reading of relevant texts in English translation helps to complement the Latin readings by providing background and context, and projects, including presentations, essays, and performances, are central parts of the curriculum. There is consistent reinforcement of grammatical and syntactical constructions, as well as emphasis on vocabulary retention, fluidity of translation, mastery of Latin metrics, analytical essay writing, and close reading. (1 unit; Grades 11, 12)

This is a reading course with a rotating and flexible curriculum focused primarily on topics and related Latin texts, prose and/or poetry, chosen each year by the teacher of the course. Recent topics and texts studied include Roman Daily Life (Petronius), Civil War (Julius Caesar), Love and Desire (Catullus and Ovid), Comedy (Plautus), and Biography (Suetonius). Readings of relevant texts in English translation help to complement the Latin text by providing background and context, and projects, including presentations, essays, and performances, are central parts of the curriculum. There is consistent reinforcement of grammatical and syntactical constructions, as well as emphasis on vocabulary retention, fluidity of translation, mastery of Latin metrics, analytical essay writing, and close reading. (1 unit; Grades 11, 12)
For students who have successfully completed AP Latin, this course offers an opportunity to delve more deeply into the literature, history, and culture of ancient Rome. In this advanced seminar course, students read a significant amount of diverse Latin prose and poetry: equal emphasis is placed on improving both speed and accuracy of translations and on developing the ability to contextualize this literature within the broader narrative of Roman history. The syllabus for this course is centered on the literature of the tumultuous and intellectually rich period encompassing the end of the Roman Republic and the transition through the Principate and, finally, to Empire. The choice of individual authors and texts is partly student-driven. At the end of the course, each student completes a capstone project on an approved topic of his or her choice. (1 unit; Grades 11, 12, by permission)

This course is designed for students who have successfully completed Honors Latin 5 and who wish to continue their study of Classics at RCDS. Primarily consisting of in-depth readings of various Roman authors and texts chosen by students in consultation with the teacher, this course includes elements of Latin prose composition, exploration of classical scholarship, and historical and cultural contextualization of Latin literature. Possible topics for exploration include Roman oratory, Roman literacy, the intersections between politics and art, and Greek influences on Roman culture and literature. The final month of the course will be devoted to individual capstone projects. (1 unit; Grade 12, by permission)

(Note: This course may not be taken to fulfill the language requirement.) The Ancient Greek program at RCDS introduces students to Attic (Athenian) Greek. Greek 1 focuses on the acquisition of a non-Roman alphabet, the system of accentuation, grammar, and vocabulary, as well as reading and writing passages of Attic Greek. In Greek 2 and 3, students read the poetry of Homer and the prose of Lysias and Plato, while continuing their acquisition of additional vocabulary and increasingly advanced grammar. Approximately once a cycle, upper level Greek students teach the Greek 1 course. Please see the Department Chair and Mr. Murray for more details. (Grades 10,11,12) 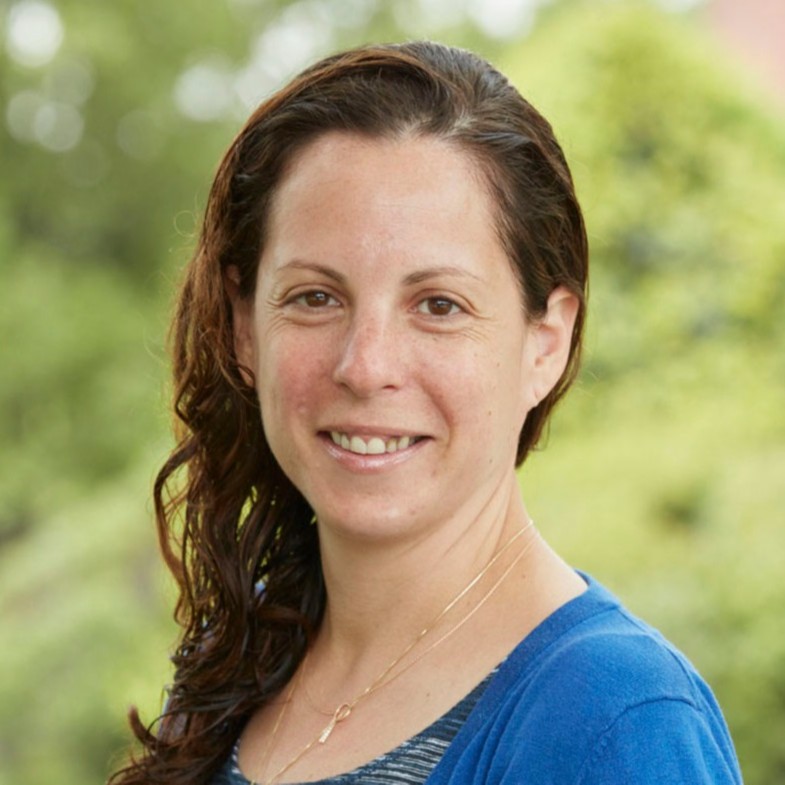 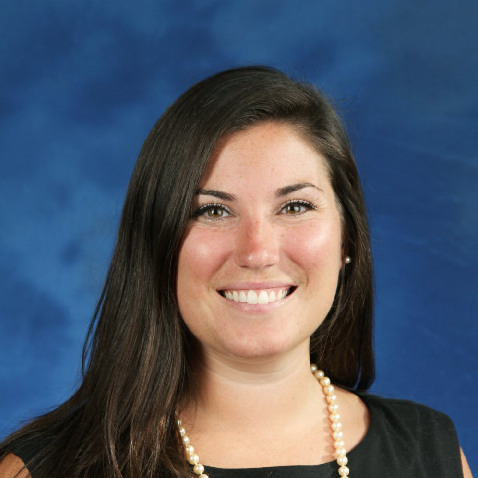 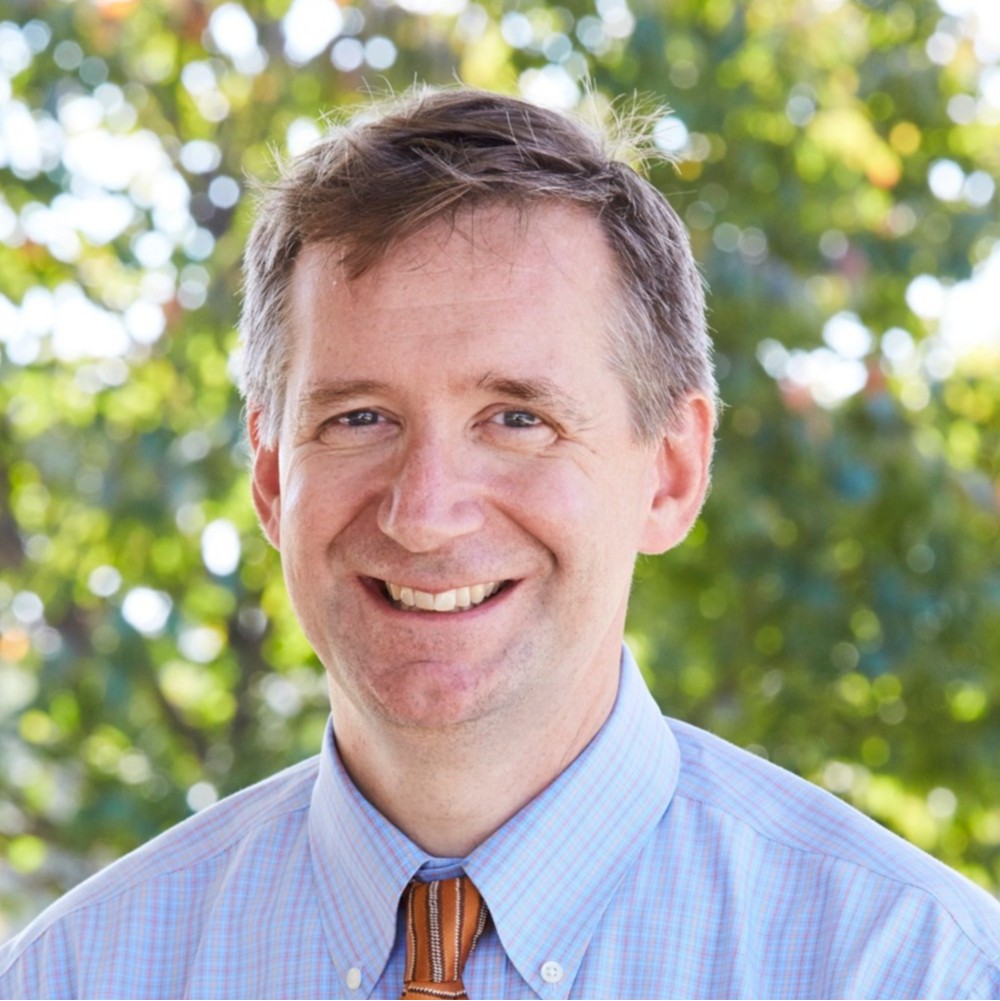