« Back to Arts News

Films by three students have been nominated for awards and will be screened at the New York State Alliance Film Festival on Saturday, June 1 at Rye Country Day.

The annual festival features films created by high school students from independent schools across the state. Following the screenings, judges will announce the winners in each category.

Rye Country Day community members are welcome to attend the film festival, which begins with a reception at 11 a.m. in the Cohen Center for the Creative Arts followed by screenings in the black box theater. Please use the code RCDSFilm to receive complimentary tickets 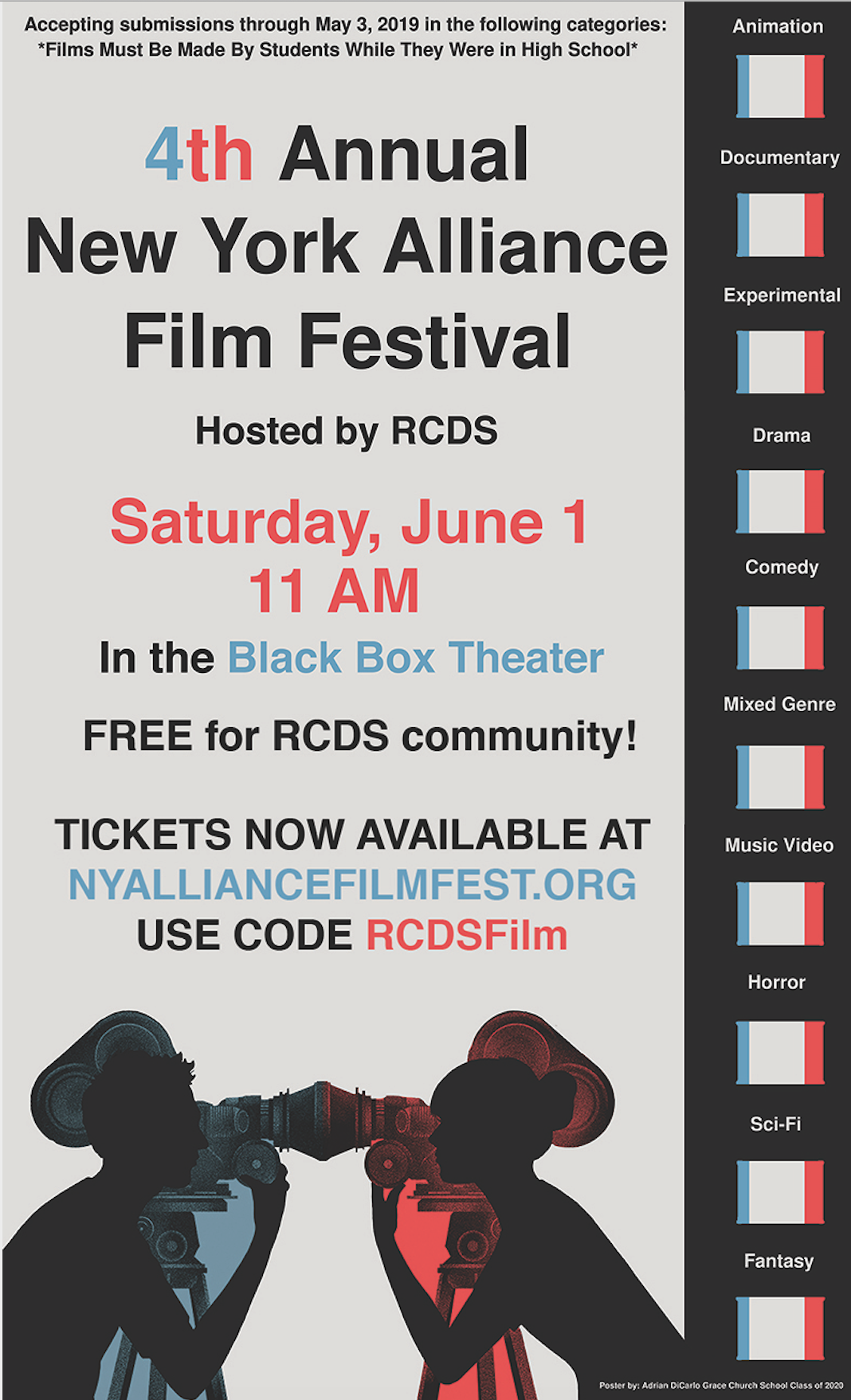