« Back to Athletics News

Juliette Grasso '20 has committed to play Division 1 soccer at Fairfield University. At a National Letter of Intent signing ceremony hosted by RCDS, Juliette signed alongside her parents, coaches, Athletic Director Wendy Jo Haft, and Headmaster Scott Nelson. This season, Juliette was named to the FAA All-League (the only goalie in both the first and second team) as well as WNEPSSA.

Congratulations and good luck to Juliette as she continues her athletic career as a Fairfield University Stag! 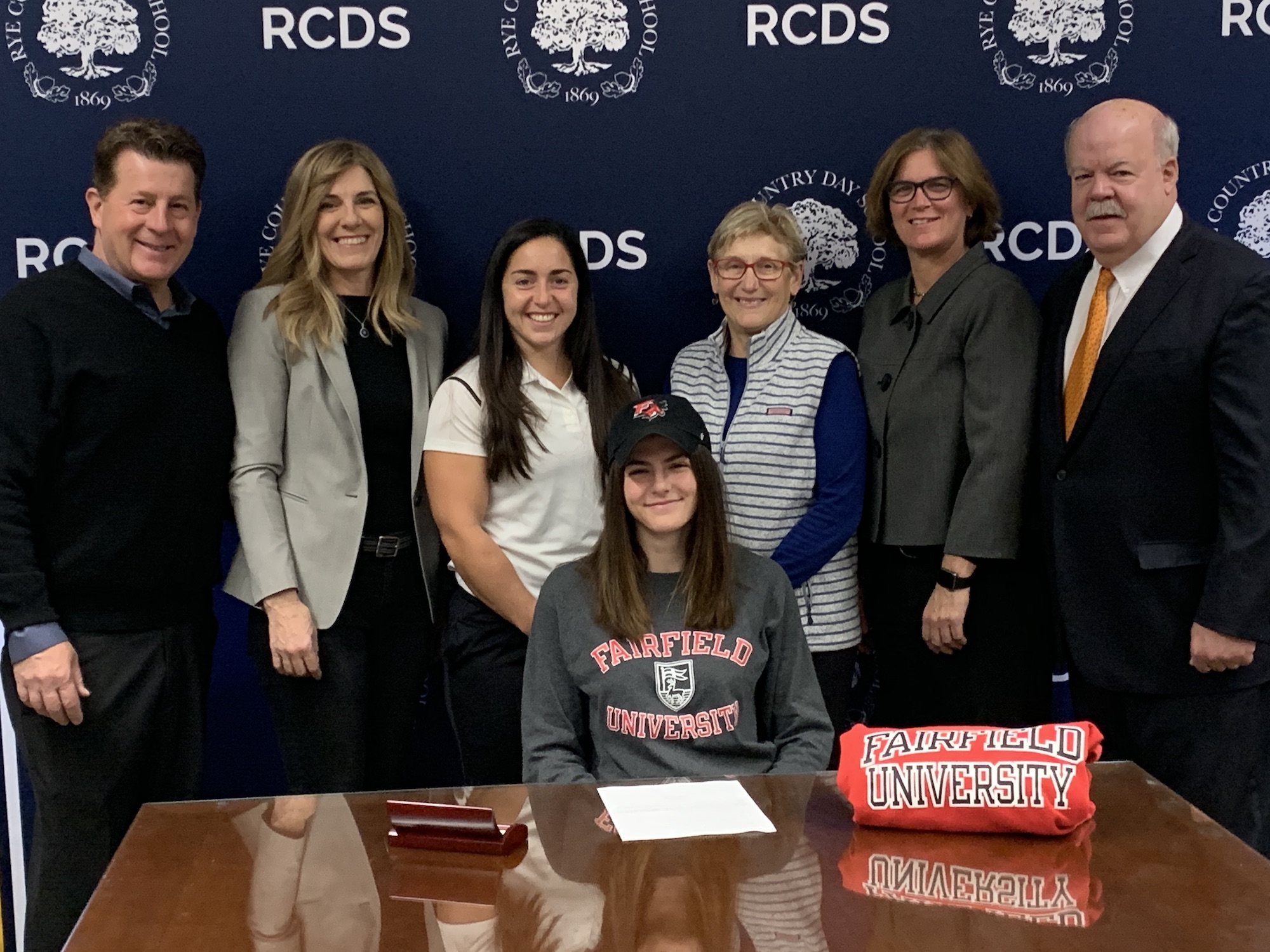