« Back to Character, Leadership, Ethics News 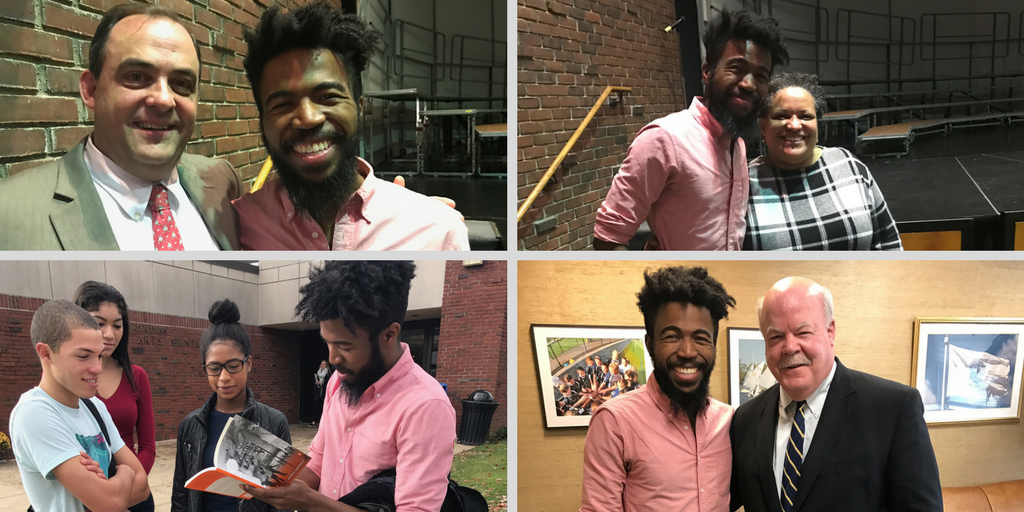 Rye Country Day School kicked off its inaugural event for the Character, Leadership, and Ethics Speaker Series by inviting Dr. Joshua Bennett ‘06 to address students in all three divisions. Dr. Bennett recited several of his poems from his debut poetry collection, The Sobbing School, which was published earlier this fall. He then answered questions about his writing process, his time as a student at RCDS, the values that he seeks to demonstrate in his life, and his goals and hopes for the future. His message to students emphasized the importance of love - love for one another, and love for what you do.

Winner of the 2015 National Poetry Series, Dr. Bennett has received fellowships from the Callaloo Creative Writing Workshop, Cave Canem, the Josephine de Karman Fellowship Trust, and the Ford Foundation. He has recited his original work at venues such as the Sundance Film Festival, the NAACP Image Awards, and President Obama's Evening of Poetry and Music at The White House.