« Back to Diversity & Inclusion News 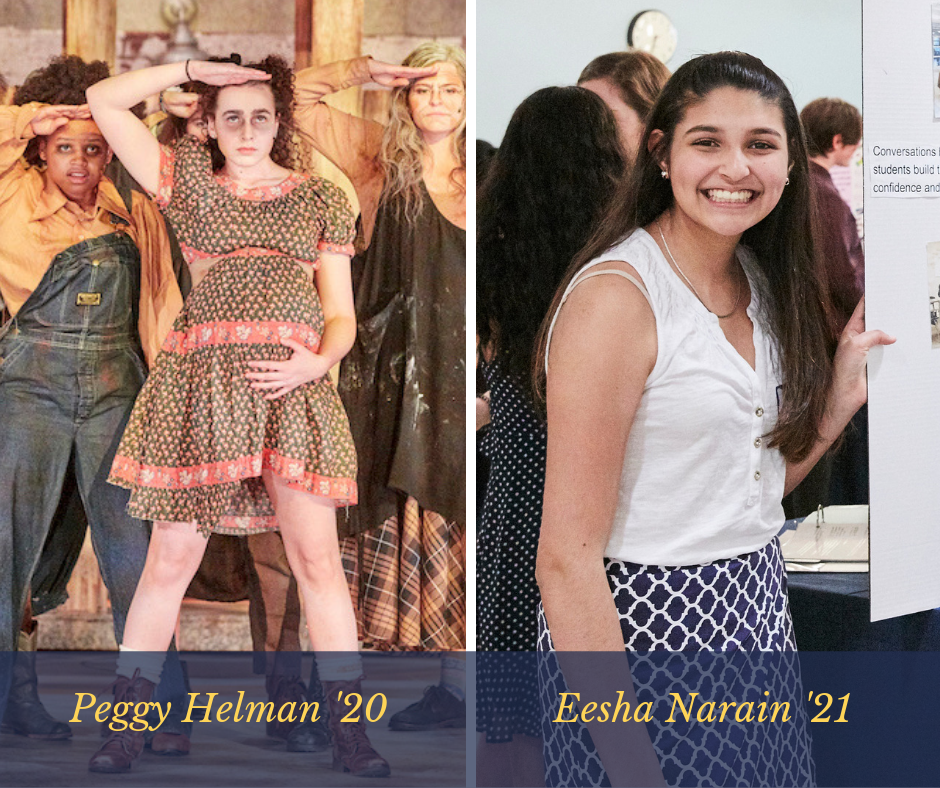 Congratulations to Peggy Helman '20 and Eesha Narain '21 for their nominations in the 2019 Metropolitan High School Theatre Awards. The "Metros" recognize outstanding performances in and contributions to high school musicals in Westchester, Bergen, and Putnam counties. Out of thousands of eligible students, fewer than 50 were recognized as nominees.

Peggy and Eesha were recognized for their work in this year's Upper School Musical, Urinetown. Peggy was nominated for "Best Comedic Actress," and Eesha was nominated in the "Graphic Design" category for her work as the assistant director and Playbill producer for the show. Peggy and Eesha will attend the Awards Ceremony with their families in June at Purchase College.

Congratulations and best of luck, Peggy and Eesha!