Two RCDS VEX robotics teams performed so well in a competition at Lycee Francais de New York that they have qualified for the State Championship Tournament! RCDS took home the overall competition win as well as the design award win.

Robotics coach and Upper School mathematics teacher Emily Bennett reports: "It was a long day of meeting, collaborating, and competing with 21 other teams from the region. Students built and programmed robots to complete a series of tasks in randomly assigned "alliance" pairs with other teams. The tasks this year featured an "In The Zone" theme, and included building a robot to transport and stack multiple light cones and one heavy cone in specific locations around the competition field, while an opposing alliance attempted the same tasks for their designated cones on the same field. RCDS students worked for many afternoons and Saturdays to prepare for this competition, and all of their hard work, dedication, and creativity paid off. The "RCDS Grills" team won the Design Award by impressing judges in their interview and with their engineering notebook outlining their design process and strategies, and the "RCDS Wildcats" team won the playoff tournament with their alliance members after a long series of intense battles. Both of these awards qualify our teams for the State Championship Tournament taking place in Katonah in early March." 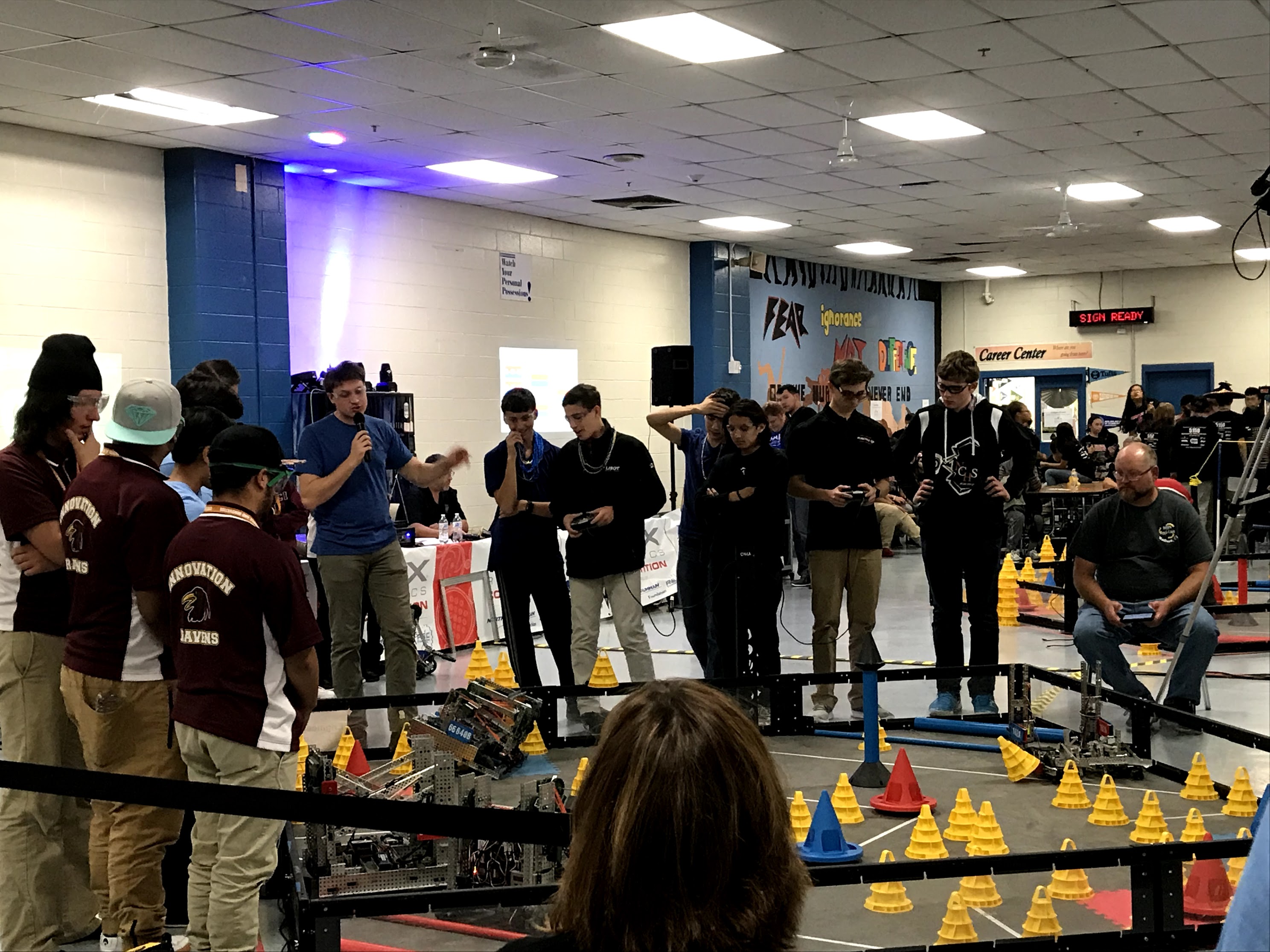 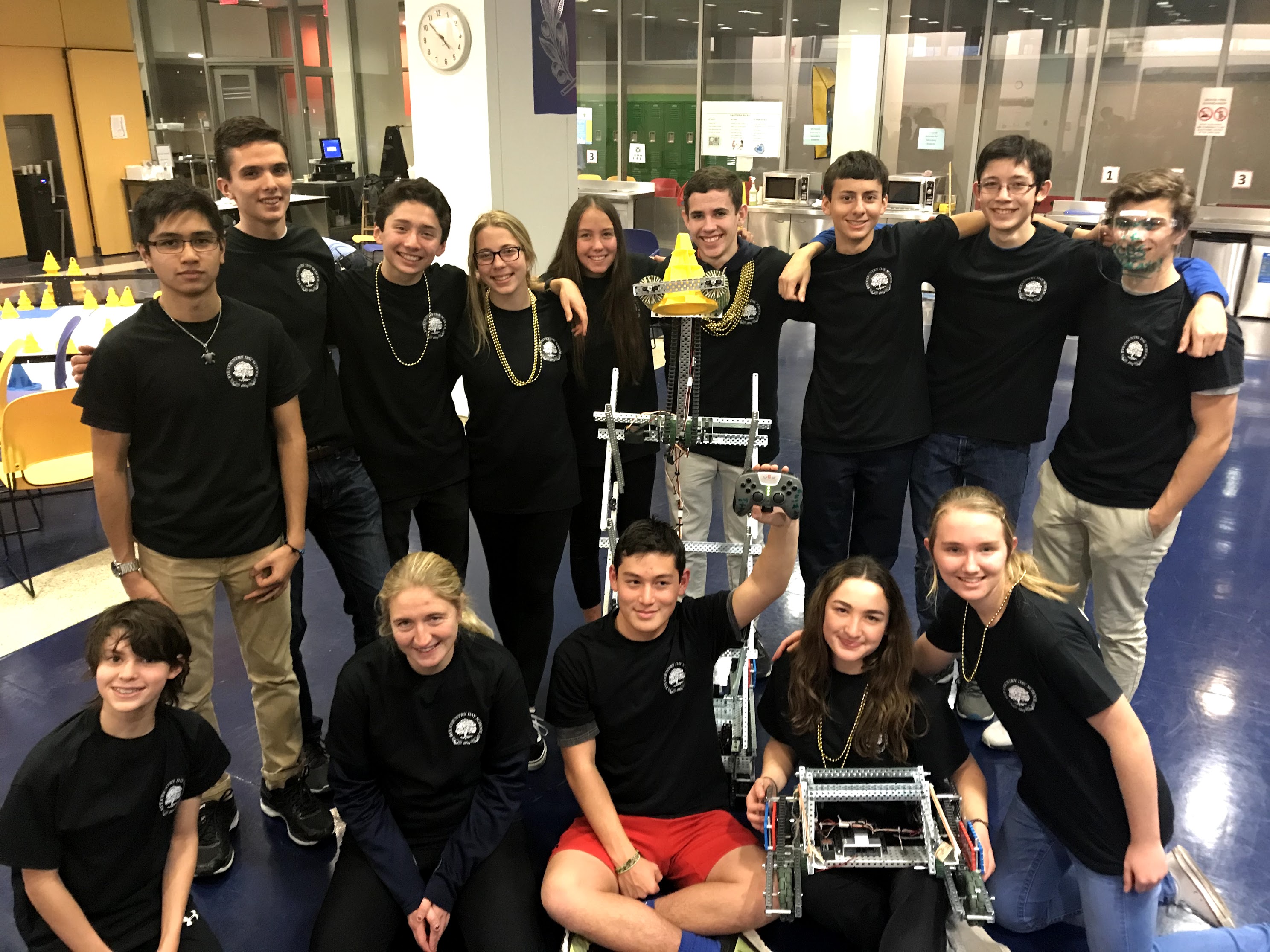 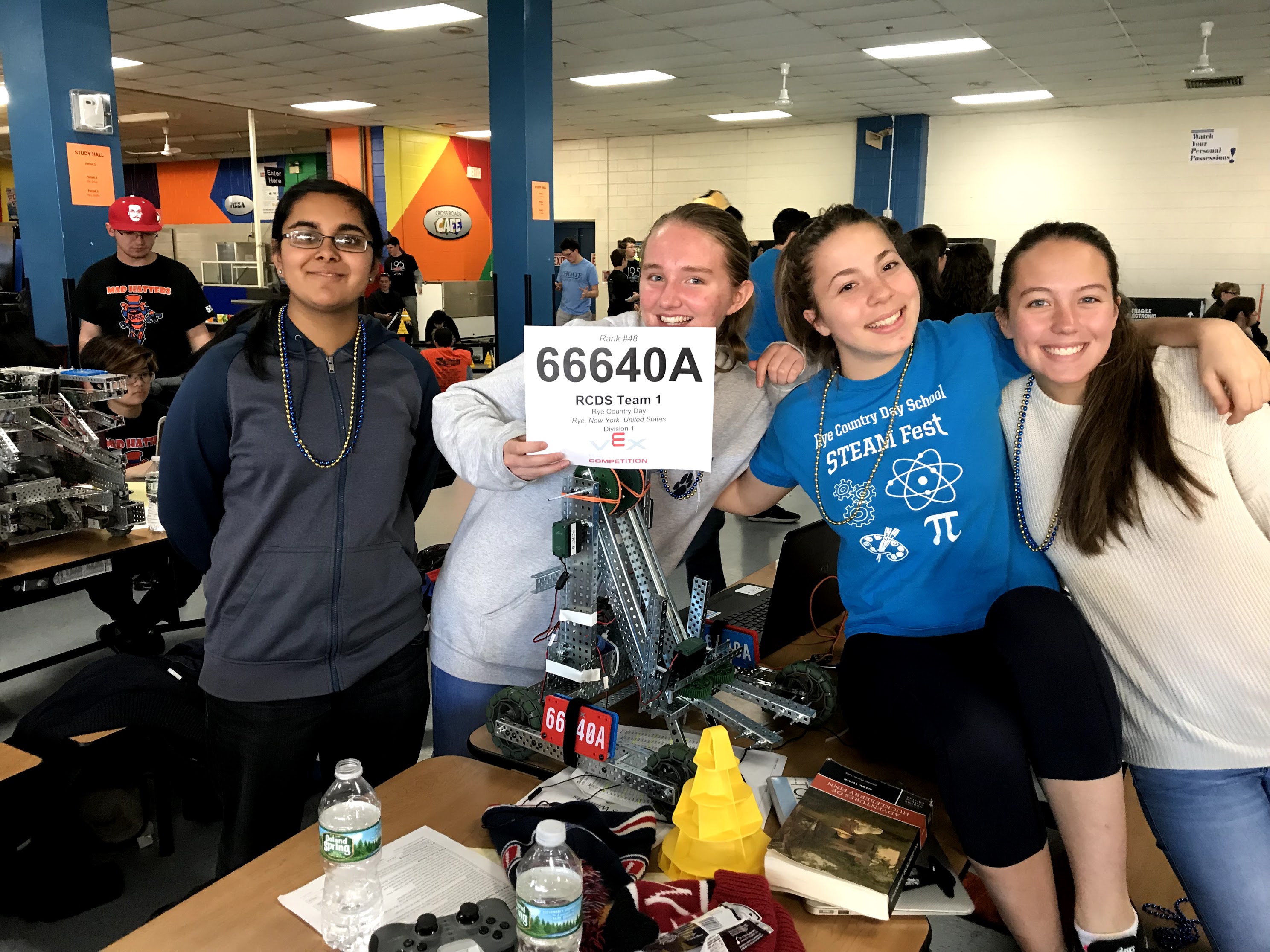