Head of School Scott Nelson has asked to meet personally with anyone willing to share their story and ideas. Please email him directly, or reach out to Ali Morgan (ali_morgan@ryecountryday.org) and Rebecca Drago (rebecca_drago@ryecountryday.org) to schedule a meeting with Mr. Nelson or with either of them.

VIEW: Are your kids too young to talk about race? And infographic with research support.

ENGAGE: Download this printable of Raising Little Allies to Be, a workbook put together in hopes it will spark conversations in homes with caregivers and little ones across the globe.

WATCH: the 60-minute special "Coming Together: Standing Up to Racism. A CNN/Sesame Street Town Hall for Kids and Families"

READ: How to talk to children about racism: See advice and resources to discuss race and racism with your child in age-appropriate ways by Hillary Kimbley, Ph.D.

READ  Anti-Racism For Kids 101: Starting To Talk About Race. Because racism thrives in silence, here are resources to start the conversation along with accompanying children’s books.

READ The Child Mind Institute’s Racism and Violence: How to Help Kids Handle the News
WATCH video explaining systemic racism. (under 5 minutes) ACT.TV shares, “Systemic racism affects every area of life in the US. From incarceration rates to predatory loans, and trying to solve these problems requires changes in major parts of our system. Here's a closer look at what systemic racism is, and how we can solve it.”

WATCH: 5 Tips For Being An Ally (under 4 minutes)

WATCH: The danger of silence by Clint Smith. (Under 5 minutes) A short, powerful piece from the heart, about finding the courage to speak up against ignorance and injustice.

READ this with your teen:

On Pod Save the People, organizer and activist DeRay Mckesson explores news, culture, social justice, and politics with fellow activists Brittany Packnett Cunningham and Sam Sinyangwe, and writer Dr. Clint Smith. They offer a unique take on the news, with a special focus on overlooked stories and topics that often impact people of color.
From NPR, CODE SWITCH is “the fearless conversations about race that you've been waiting for, hosted by journalists of color”
In Justice In America each episode explains a new criminal justice issue and features conversations with experts and advocates.
Intersectionality Matters! is a podcast hosted by Kimberlé Crenshaw, an American civil rights advocate and a leading scholar of critical race theory.

Oprah Winfrey Network Spotlight: Where Do We Go From Here? (Part 1) | 52 minutes
Oprah Winfrey leads the conversation speaking directly with Black thought leaders, activists and artists about systematic racism and the current state of America.

13TH | 1 hour: 40 minutes | free via Netflix
Combining archival footage with testimony from activists and scholars, director Ava DuVernay's examination of the U.S. prison system looks at how the country's history of racial inequality drives the high rate of incarceration in America.

JUST MERCY | 2 hours: 16 minutes | free via Amazon
A powerful true story that follows young lawyer Bryan Stevenson and his battle for justice as he defends a man sentenced to death despite overwhelming evidence to prove his innocence.

We need to talk about an injustice  | 23 minutes | Bryan Stevenson TED Talk
Bryan Stevenson shares some hard truths about America's justice system, starting with a massive imbalance along racial lines: a third of the country's black male population has been incarcerated at some point in their lives. These issues, which are wrapped up in America's unexamined history, are rarely talked about with this level of candor, insight and persuasiveness.

The urgency of intersectionality  | 18 minutes | Kimberlé Crenshaw TED Talk
Now more than ever, it's important to look boldly at the reality of race and gender bias -- and understand how the two can combine to create even more harm. Kimberlé Crenshaw uses the term "intersectionality" to describe this phenomenon; as she says, if you're standing in the path of multiple forms of exclusion, you're likely to get hit by both. In this moving talk, she calls on us to bear witness to this reality and speak up for victims of prejudice.

Diversify your bookshelf! Consider these titles that share stories and reflect on our history. And read: Truths to Reckon With Before You Seek Out ‘Diverse’ Children’s Books before purchasing to engage in critical questions first. The list below links to buy the books on Bookshop.org, which financially supports local, independent bookstores (but purchase wherever!)

Consider these titles for adults that share stories and reflect on our history. 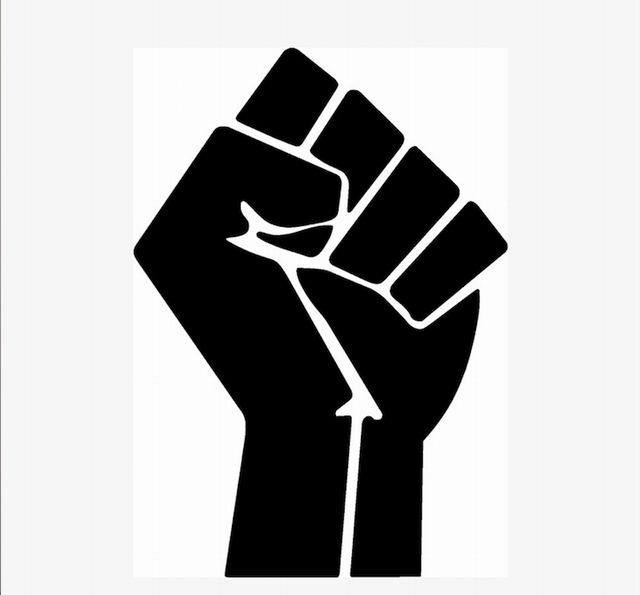 Update from the Board of Trustees

The trustees of Rye Country Day School are passionately committed to an inclusive and anti-racist culture and community at RCDS (see the Board’s letter from June 16th). We will accept nothing less. We recognize there is much work to do, and we are working with urgency to address immediate concerns as the first step toward ensuring long-term, sustainable success. We promise to provide the community with the necessary transparency. To that end, we would like to provide an update with respect to the Board’s efforts and the recently-formed Diversity, Equity, and Inclusion (DEI) Committee. The Board has so far focused on three primary areas:

2.  Creating the charter for the Board’s DEI Committee: The DEI Committee will provide guidance and monitor the School’s efforts and progress in areas related to DEI. It is critical that we establish the appropriate governance structure to allow the Board to provide oversight of the administration’s efforts without creating duplication and/or confusion. To this end, a group of trustees has been consulting outside resources and organizations to ensure we adopt best practices from other institutions as we establish the necessary composition, scope, and function for the committee. This committee’s work will be in addition to the School’s implementation of the DEI Task Force Plan.

3.  Retaining outside DEI experts to advise the Board: We assure you that we, like you, have a desire for speed. We also want to make sure we are deliberate in our actions and that we incorporate outside perspectives. The DEI Committee has begun speaking with a few well-regarded outside experts who can offer invaluable insight and perspective to the Board based on years of deep knowledge and experience, including with other schools and organizations.

Trustees are members of this community, and like you, we are deeply and intensely saddened by the experiences shared. For the 2020-21 school year, there are 30 trustees on the Board, including the Parents Association President and the President of the Alumni Association. The other 28 are current parents and alumni. 50% of the trustees are female and 43% are self-identified people of color. We pledge to provide support, accountability, and a path forward. We all have a lot of work ahead, and we are steadfast in our commitment to foster a unified school whose culture and education are inclusive and anti-racist.

We thank our community for engaging in this important dialogue. Your continued input, feedback, and participation are critical to our success. We welcome you to contact the Board’s DEI Committee directly with any comments or concerns at boarddei@ryecountryday.org.

Sincerely,
The RCDS Board of Trustees